Britains Got Talent has the potential to change lives. It can take your average person, who works in an average job, to the height of fame and fortune. Or at least that’s the idea. Most people who appear on that show are forgotten by Christmas.

During the 2018 series, we saw Micky P Kerr’s song about bags for life become a global online success. Quickly followed by his performance of his song about Andy Murray’s mum also going viral. He also made it to the final and came second. It’s easy to assume that Mickey P Kerr’s life should have changed in the way the show promises. But it didn’t. Just as his first solo tour title suggests.

Britain’s Got Talent has the potential to change lives. It can take your average person and catapult them into a place where dreams are made of, or so you would think it should. 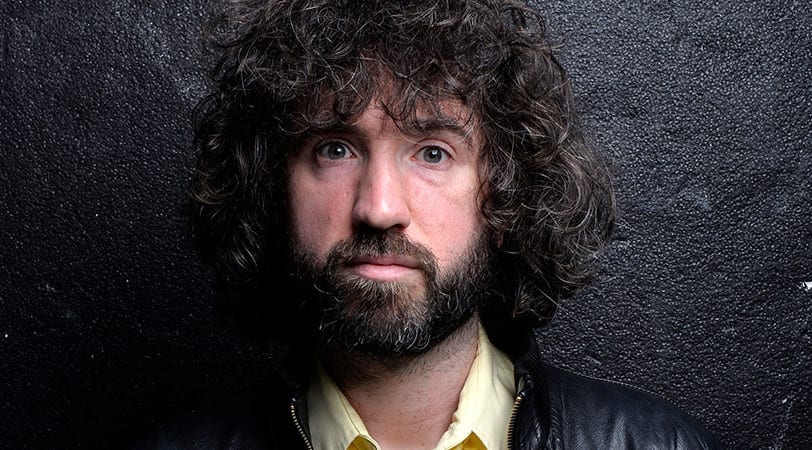 It’s not all bad for Micky though. In recent interviews he admits it has led to more bookings for him. But instead of opting for the larger sized room at the Lowry Theatre he performed in their smaller room The Aldridge Studio. The same studio he was booked as the support act for Chris Washington, just before he went on Britain’s Got Talent. This comedian from Leeds knows where he is from and humbly approaches the next level that ‘Britains Got Talent’ has offered him.

The show is called ‘Z List Celebrity’, written for the audience he knows he is attracting after appearing on the television show. This can be difficult for comedians; as the audience are not necessarily fans of stand up comedy. They are typically fans of the hysteria ‘Britains Got Talent’ creates around the performers who do well. Their lack lustre response to what is a well constructed show, only highlighted how his appearance on the show has changed his career. However by the second half Micky manages to successfully convert them into fully fledged fans of his, by getting them to join in, play instruments and even dance and sing along

‘Z list celebrity’ addresses the rapid rise to fame that he gained. It also addresses the even faster fall into the vaguely recognisable status that strangers on the street approach him with now. Micky is quick to remind people of why they recognise him, and why they bought a ticket. He happily indulges the audience by playing the songs he is most remembered for, on ‘Britain’s Got Talent’. But he didn’t refrain from showing off his full range of writing talents.

Including his wide ranging repertoire of songs, he also delights fans to the ‘memoirs’ that he wrote during his time on ‘Britain’s Got Talent’. But just before he moves to the lamp lit table and chairs, he informs the audience that these memoirs may contain alternative facts. However his memoirs do not disappoint both the TV show’s fans and comedy fans. They are a great example of what a fantastic comedy writer he is, and his delivery gives them the justice they deserve.

So Much More to Him than the TV Show Allowed him to Deliver.

His live shows are a less Ofcom regulated version of the performances the world gave him recognition for. It’s refreshing, honest and very funny. Micky isn’t against throwing in the odd swear word. He references subjects that the world of Television just wouldn’t permit, without extremely close scrutiny and reduction. It’s every day life situations, delivered with sharp comedic wit and a musical twist.

Micky is humbled by his time on ‘Britains Got Talent’. That much is obvious. He is not arrogant, although he claims he is in verse. His delivery is similar to that of your amusing friend in the pub.

The one who has all sorts of stories and theories on the world, that you can’t help but listen to and get on board with them. He is endearing and easy to watch.

While Micky P Kerr claims to be a ‘Z list celebrity’, he really isn’t. His performance on the show saw him rise to fame and he deserves it. This well written, carefully constructed show is the perfect salute to the way television can work to change your life, or have no real effect at all. It is definitely one to watch. You can get your tickets from his website: https://www.mickypkerr.com

You have Successfully Subscribed!